Katerina Vrana. «Staying Alive (I nearly died, you know)». Performed in English for the first time… 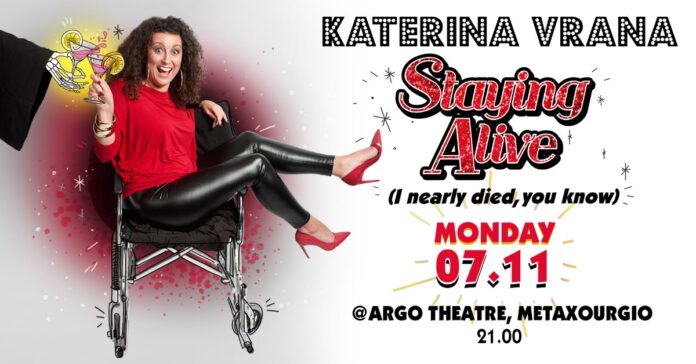 In April 2017, Katerina Vrana, one of Greece’s top stand-up comedians, was on tour in Malaysia. On the third city of the tour, she fell severely ill and was hospitalised.The situation ended up being far more serious than first suspected, and she was put into a coma in order to save her life. *spoileralert* Katerina survived!

After two months in the hospital in Malaysia, she returned to Greece, where she was hospitalised for a further three months. Since September 2017, Katerina has been recovering slowly but steadily. She still faces issues with her mobility, balance, eyesight and speech

All of this is used as material in her stand-up comedy show “Staying Alive (I nearly died, you know)”. With her unique sense of humor, the beloved stand-up comedian manages to transform her near-death experienceinto to a show full of optimism, laughter and love for life.
The show was first performed in Greek, in Athens, in 2019 where it sold out all of its dates before even opening. 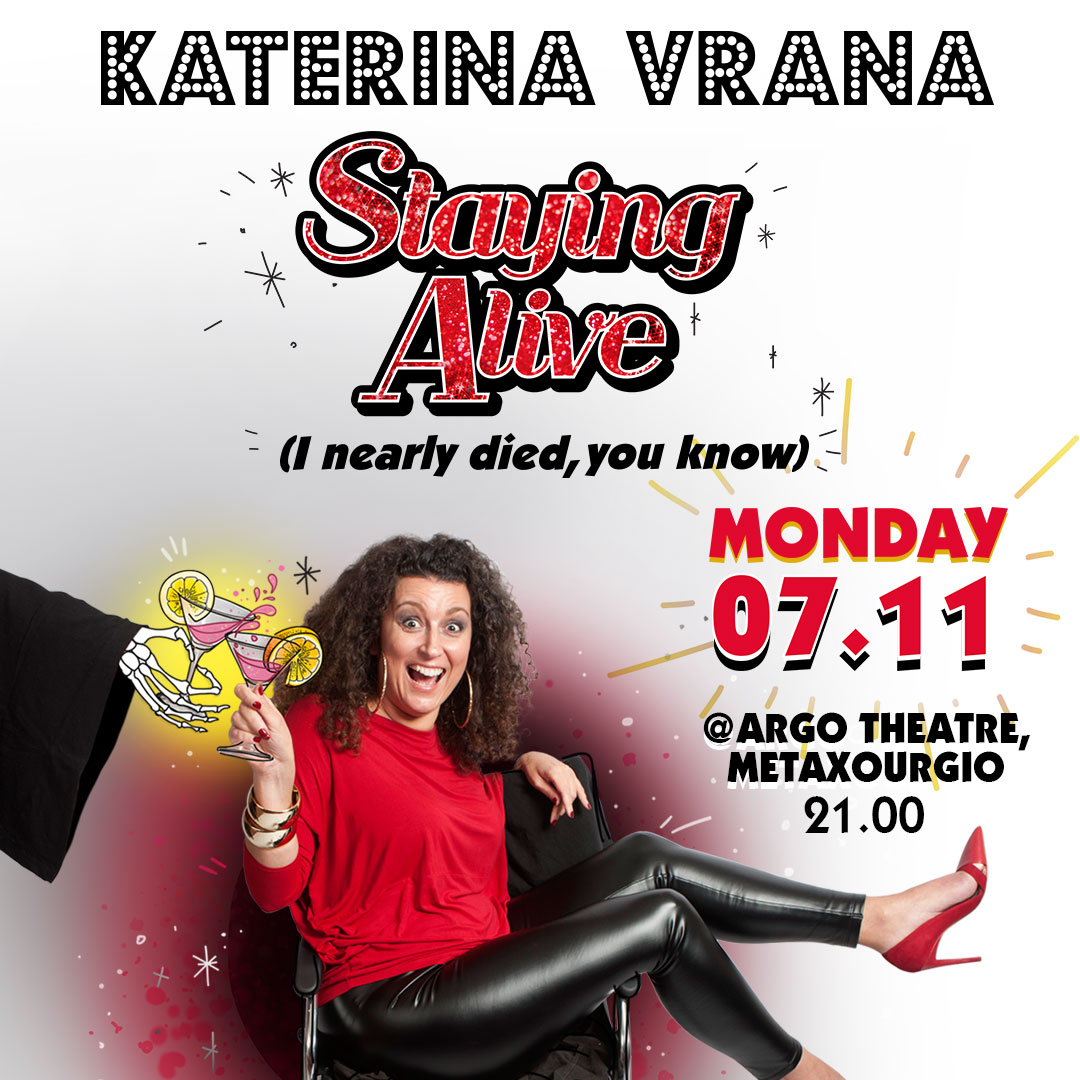 Katerina Vrana performs stand-up comedy in both Greek and English all over the world. Her shows have sold out in Athens, London and at the Edinburgh Fringe and Melbourne comedy festivals. CNN has included her in its list of “Female Comedians you must see”. In December 2016 she came third in Laugh Factory’s international competition “Funniest Person in the World” which was aimed at countries which do not have a tradition in stand-up comedy. In April 2017, while on tour in Malaysia, she fell seriously ill and nearly died. Her show “Staying Alive (I Nearly Died, You Know)” in 2019, about her illness and recovery, sold out before it even started its run. It remains the fastest-selling, most successful solo stand-up comedy show in Greece to this day. In 2021-22 she starred as Florence Foster Jenkins in Peter Quilter’s theatre play “Glorious”, garnering rave reviews.
Katerina spends most of her time between shows and rehabilitation as she still faces issues with her movement, eyesight and speech.

Where: Argo Theater*, Elefsinion 13-15, Athens 104 37
(Metro station:Metaxourgio)
*The theater operates with modern ventilation and there are disabled ramps for the access of people with difficulties, both at the entrance and in the toilets.